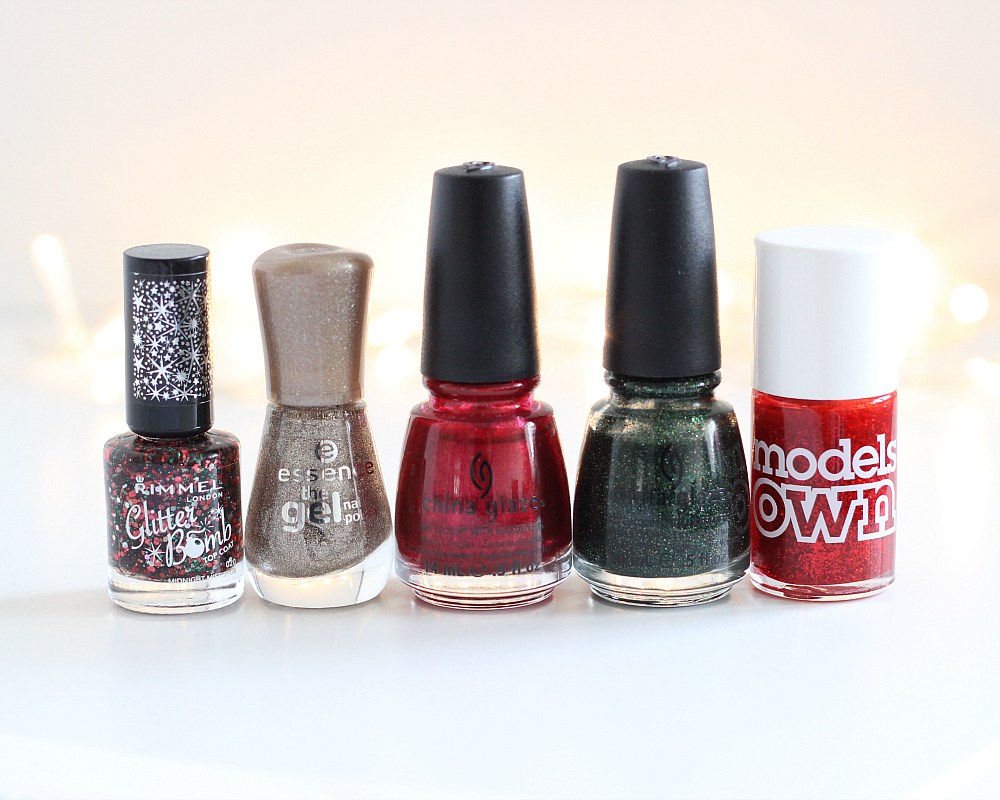 So let’s talk about Christmas nail polishes. Admittedly, 2015 has been a pretty tough year and honestly Christmas hasn’t really been a priority for me and Matt this year… Does anyone else just not feel that Christmassy? Despite this, I had a little mooch through my nail polish collection and picked out a few shades that I thought would be perfect to wear during the festive season…

My first pick has to be a glitter right? Rimmel’s Midnight Mistletoe is the perfect Christmas glitter top coat. Made up of red, green and silver glitter in a clear base, this polish can go over a multitude of colours to add a little festive touch to your nails. It looks particularly festive over a white or gold base.

Essence’s On Air is beautiful champagne shade full of micro glitter. This is the polish for you if you want to have an understated Christmas mani that avoids the traditional red and green shades of the season.

For those of you who don’t like glitter, but still want a little something special, China Glaze’s Just Be-Claws

might just be what you’re looking for. It’s a deep, ruby red polish with a foil finish and if you want a traditional, yet stylish Christmas mani, this shade is one to seriously consider.

reminds me of Christmas trees! It’s made up of green, gold and holographic micro-glitters and can be layered until it’s opaque or used over a different base shade.

For a full on Christmas glitter mani, look no further than Models Own Scarlet Sparkle. It’s packed full of bright red glitter, so much so that it’s best layered on it’s own rather than as a top coat, and best of all, it only needs a couple of coats to be opaque due to its bright red jelly base. 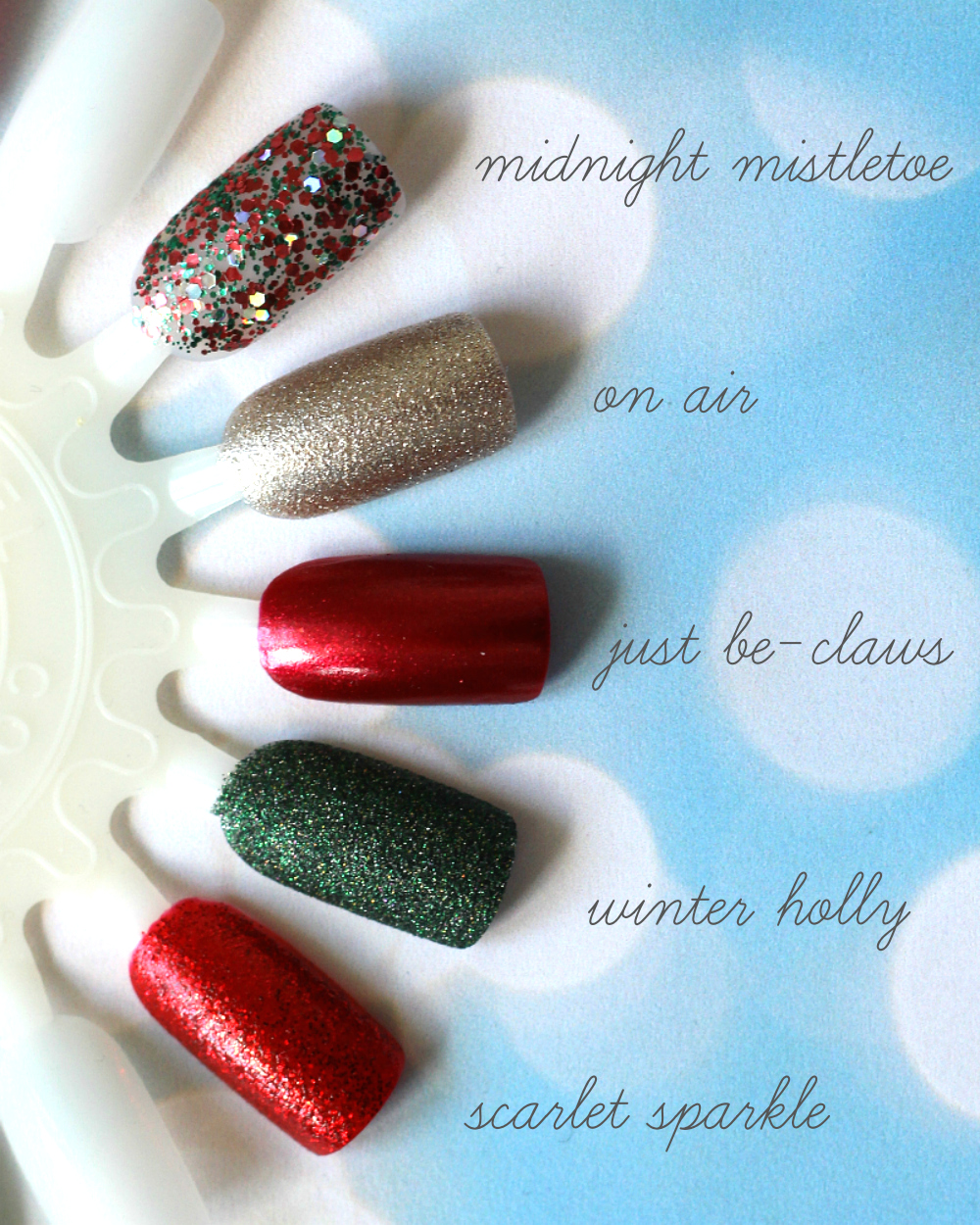 So @matty_b_84 and I have been planning our bigges